Here You Can Find:
About The LASIK Procedure
Know If It Is For You
LASIK Surgery Day
After The Procedure
Risks and Complications

About The LASIK Procedure

LASIK (laser-assisted in situ keratomileusis) is a laser outpatient procedure that is usually performed to treat nearsightedness, farsightedness, and astigmatism. The Greek words for “cornea” and “to carve” constructs the term “keratomileusis”. The surgery allows for the proper focus of light rays onto the retina, at the back of the eye, by reshaping the cornea. The cornea is the clear round dome situated at the front of the eye that is meticulously reshaped with laser technology. 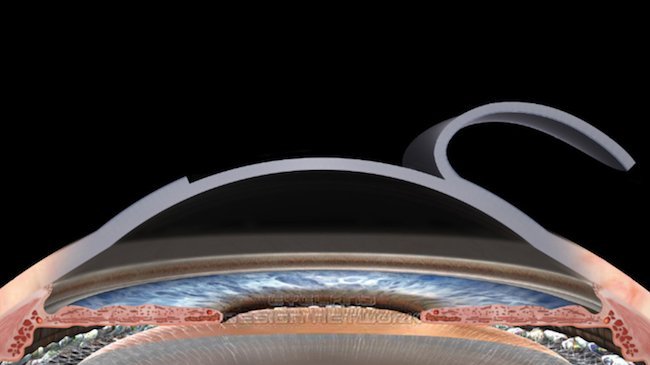 The microkeratome cutting head has several key components. This highly sharpened disposable cutting blade is discarded after every single treatment. Prior to the surgery, the excimer laser is examined for proper homogeneity and fluence. The same goes for the vacuum unit and microkeratome as their careful maintenance cannot be overemphasized. If the surgeon is using a femtosecond laser, it is then warmed up and allowed to run through its self-testing procedure. Flap parameters are carefully reviewed, involves the flap diameter, flap depth and the degree of the side cut angle.

Today, LASIK is the favored offspring of refractive surgery because of its safety and efficacy, together with the quick visual recovery and minimal patient discomfort. It was not officially approved by the FDA until the year 1998 and now is marked as the world’s most popular elective procedure, currently with more than 28 million LASIK surgeries worldwide. Both the microkeratome and excimer laser advanced refractive surgery to its position today and has allowed LASIK to blossom. Moreover, two other technological developments have been set as the gold standard for the innovative LASIK eye surgery, the femtosecond laser and wavefront technology.

Wavefront-Guided LASIK Technology
Also known as custom LASIK, wavefront-guided technology allows for a variation of LASIK where the excimer laser ablates a pattern produced from a wavefront aberrometer’s measurements (measures the optical quality of the eye relative to both the cornea and the lens). Not only the spherical and cylindrical refractive errors, WFG LASIK also aims for a more optically perfect ablation whose basis is the optical aberrations that are measured using a wavefront aberrometer. WFG LASIK is indicated both safe and effective and in contrast to the traditional LASIK, it appears to result in more improved night vision, visual symptoms, and contrast sensitivity. 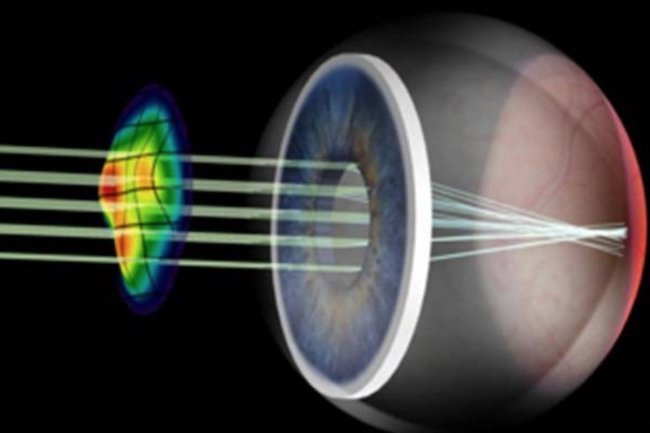 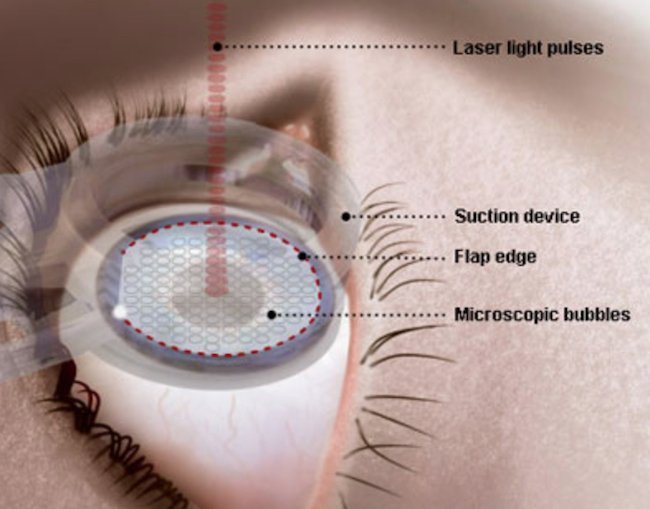 In most cases, LASIK refractive eye surgery is considered pain-free and requires only about 15 minutes surgery time for both eyes. Improved vision without eyeglasses or contact lenses may normally be seen within 24 hours.

Know If LASIK Is For You

Is LASIK refractive eye surgery right for you? The procedure has delivered to millions of patients worldwide, however, it remains suitable for selected ones. It is necessary that you have a good understanding of the eye surgery, its advantages, and risks. The surgeon will do a complete eye exam to make sure that your eyes are healthy for the treatment. Evaluation and measurement of the shape and thickness of the cornea, existing refractive errors, pupil size, and several other conditions of the eye will all be performed accordingly. Likewise, the moistness of your eyes will be evaluated as it is possible that a precautionary treatment is undergone to reduce your risk of developing dry eyes after the surgery.

Most of the time, above 90% of patients who have undergone the LASIK surgery, achieves between 20/20 and 20/40 vision without the need to use contact lenses or a pair of eyeglasses. It is imperative that you discuss your lifestyle, both work and leisure, with your eye surgeon prior to the procedure.

Before the LASIK surgery, the excimer laser, suction ring, microkeratome and blade (or femtosecond laser settings), are all checked by the surgeon. Correct treatment data that are entered into the laser computer are also confirmed by the ophthalmologist while the patient reclines in an outpatient surgical suite.

An eyelid speculum is placed in the operative eye, which has been anesthetized with drops, to keep it open and prevent the patient from blinking and the fellow eye is covered. Also, the cornea is marked to assist in postoperative flap alignment. A suction ring is then placed on the eye to lift and flatten the cornea and achieve fixation. From the time it is put until removed, vision may appear dim or even black. Note that some pressure may be felt from the eyelid holder and suction ring that is similar to a finger pressed firmly on the eyelid. 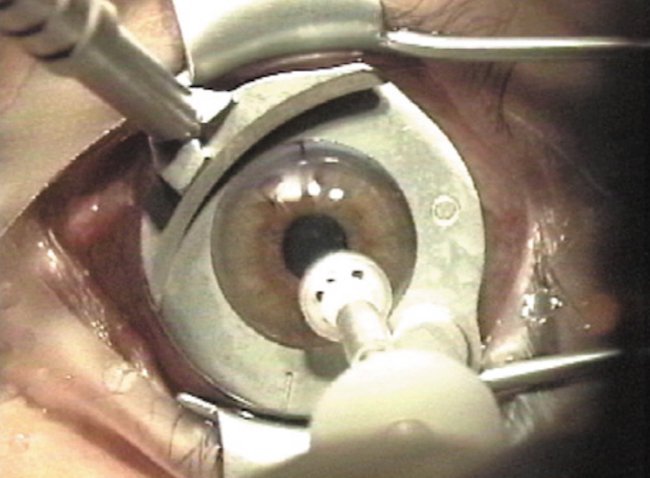 The surgeon creates a thin flap in the cornea using either a blade or a laser. This corneal flap is lifted and folded back while the excimer laser that is programmed with the patient’s unique eye measurements is placed at the center, above the eye. The patient is asked to look at a special pinpoint light that is called a fixation or target light while the surgeon precisely removes a very specific amount of corneal tissue under the flap using an excimer laser. The flap is then laid back into its original position, the edges are smoothened, while it heals back in place.

For patients who are nearsighted, LASIK is used to flatten the cornea that is too steep. On the other hand, farsighted people undergo LASIK to achieve a steeper cornea instead. Shaping an irregular cornea into a more normal shape, LASIK then corrects astigmatism.

After The LASIK Procedure

To protect the cornea while healing and serve as a reminder to not rub the eye, the surgeon may place a shield over it. You may have mild postoperative discomfort for 4 to 6 hours following the LASIK surgery. That is why your surgeon will have you rest for a bit. While it is important that you should not rub the eyes, some haziness and blurry vision may be experienced after the treatment. Vision considerably improves the next day and antibiotic drops are used for next 4 to 10 days. Preservative-free tears may also be used for weeks to months depending on dry eye symptoms. Refraining from strenuous activities is highly recommended as such may affect healing.

Normally, you return to see your LASIK surgeon the next day for the initial checkup after surgery. It takes about three to six months from the date of the LASIK surgery for improvements to fully stabilize.

Like any other surgery, LASIK treatment has its own potential risks and complications that patients should carefully consider. Since its approval from the FDA in 1998, the refractive eye surgery continues to be a popular choice and overall complication rate is low. As in any surgical treatment, some inflammations and infections are possible but are easily cleared up by medications.

Some people experience side effects following LASIK, the most common one is dry eyes, but usually disappear over time. Some may include hazy or blurry vision, difficulty with night vision, and scratchiness. Serious adverse complications occur rarely.

It is also possible that a retreatment or enhancement may be needed to achieve desired vision correction. People who were more nearsighted, farsighted, or had higher astigmatism before LASIK may likely undergo this.

As with any surgical procedure, always adhere to your doctor’s instructions and take medications as prescribed. Again, avoid rubbing the eyes, as this could dislodge the flap until it heals and adheres more securely to the underlying cornea. While the LASIK refractive eye surgery has a high success rate, you must discuss all facets of the procedure with your eye surgeon prior to consenting to the surgery.