The eyes of a scallop function similarly with a telescope. It is found out to be more complex than what previous scientists believed. Scallops are widely known as a juicy seafood delicacy. It is less known to people that they have 200 eyes spread among the mantle of its shell’s edge.

A new study claims that the eyes of the scallops have pupils which are responsive to light through contraction and dilation. “It’s just surprising how much we’re finding out about how complex and how functional these scallop eyes are,” exclaims Todd Oakley, an evolutionary biologist.

However, their pupillary responses are not as instantaneous as humans. It requires several minutes for their pupils to dilate and contract which changes their pupil size by about 50 percent. 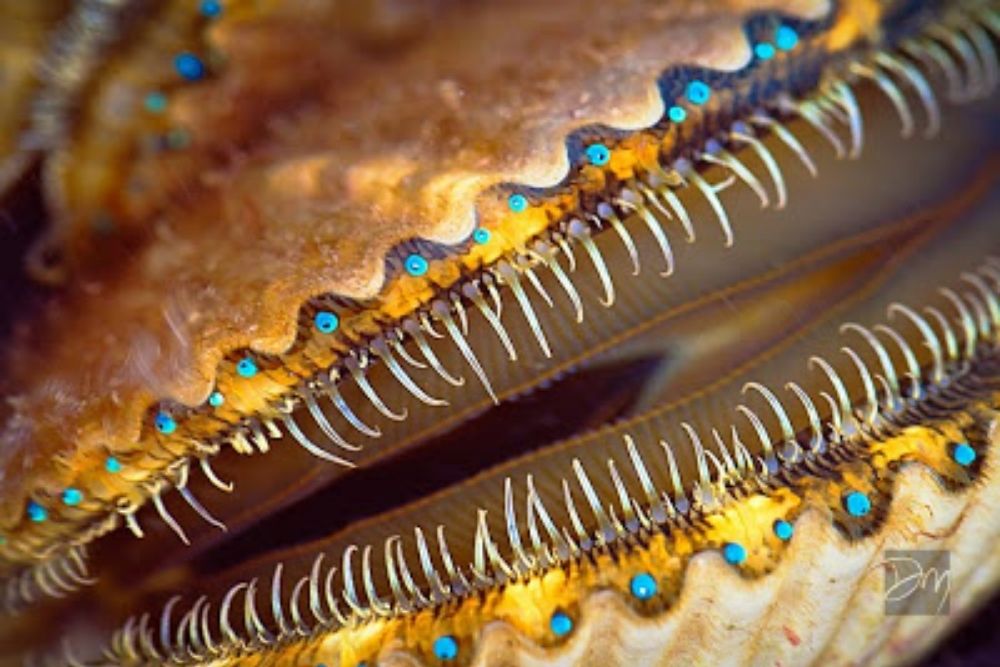 How the Scallop Eyes Can Change Its Shape

The eyes of the scallop lack irises. Instead, their cornea changes shape by going from thin and flat to tall and long. “It really changes the ability of that eye and ultimately the organism to be able to have the type of resolution to see its environment,” says Jeanne Serb, a vision scientist.

Scientists are now working to understand if the scallops can change the curvature of the crystal mirror and the eye itself, which would make it possible to adjust the focus of the image even better.

The optics of scallop eyes are constructed way differently than human eyes. It is comparable to the optics systems of advanced telescopes. When light passes through the scallop eye, it enters the pupil, two retinas (distal and proximal), and then reaches a crystal mirror of guanine at the rear of the eye. This mirror of crystals is curved and is responsible to reflect the light onto the inner surface of the retinas. The interior retina generates the neural cells and sends to a visceral ganglion, a group of nerves, to control the gut and adductor muscle of the scallop.

But the mystery does not stop there. “It turns out that scallop eyes have three times as many opsins as we do,” Serb adds. Opsins are light-sensitive proteins located in the photoreceptor cells of the retina. It controls the transformation of light into electrochemical signals. Serb’s unit at Iowa State investigates the opsins in scallops, clams, and other animals.

These mollusks have evolved some form of eye various times. Eyes have probably evolved at least 50 or 60 times in all animals. Some clams have eyes with multiple visual units. “The big evolutionary question for me is, how do these proteins evolve to sample light? And then, how does it become specified to the different types of light environments that the animals can occur in?” Serb asks. She claims that in most cases, the opsins are repurposed from other functions within the animal to be used in the eyes. 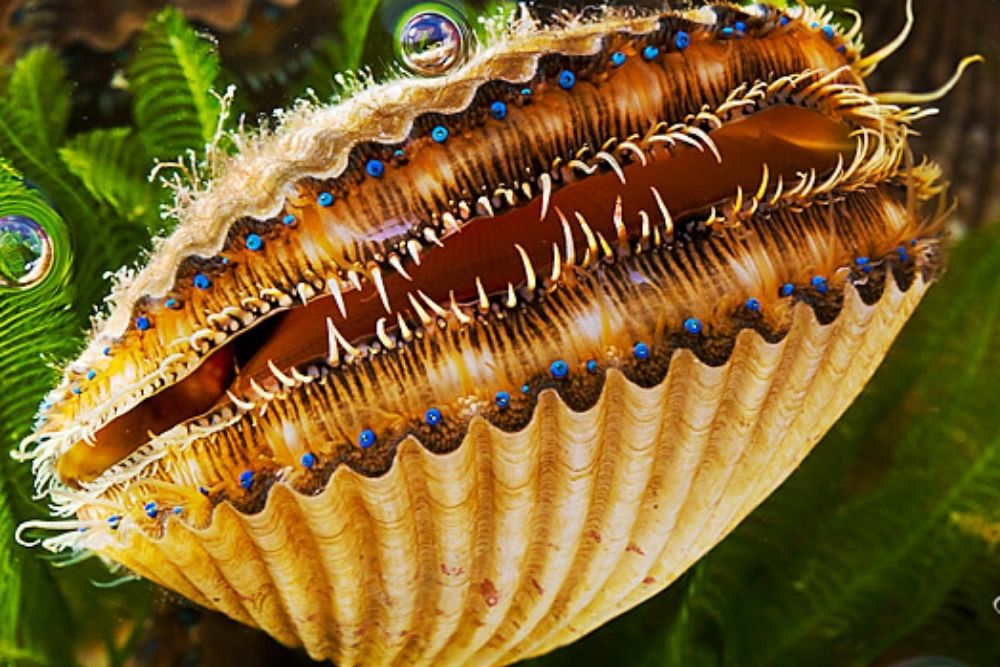 In another study led by Andrew Oakley, they found out that the same gene for eye development in mammals is also responsible for the evolution of eyes in response to light-induced stress. This protects the eyes of the animal against ultraviolet damage which causes molecular changes. “It was so surprising that time and time again, all these components that are used to build eyes, and also are used in vision, have these protective functions,” Oakley says.

The scallop eyes have the same abilities of eye evolution. It is suspected that their eyes were made through the mutation of their genes. No matter how their eyes were made, scientists are still impressed by their functionality of being able to warp their internal mirrors to bring light into focus just like a telescope.

So, the next time you indulge on some garlic scallops, try to avoid seeing the mollusks staring back at you.