A nevus is a colored growth on or in your eye that is normal. It is also known as an eye freckle and looks like a mole on your skin. A nevus (plural: nevi) may appear in the front of your eye, around the iris, or underneath the retina in the back.

What Causes Nevi?
Melanocytes are the cells that make up a nevus. Melanin, the pigment that gives our hair, skin, and eyes their color, is produced by these cells. Melanocytes are typically uniformly distributed in body tissue. However, these cells may often clump together and form nevi.

People may be born with nevi in their eyes that are completely harmless. A pigmented spot that appears later in life is normally harmless, although it has a higher chance of developing into cancer.

An ophthalmologist should regularly monitor an eye nevus because, like a skin mole, it can turn into eye cancer. There may be a connection between ultraviolet (UV) light exposure and the development of nevi. It is always a good idea to wear sunglasses that shield your eyes from UV rays. 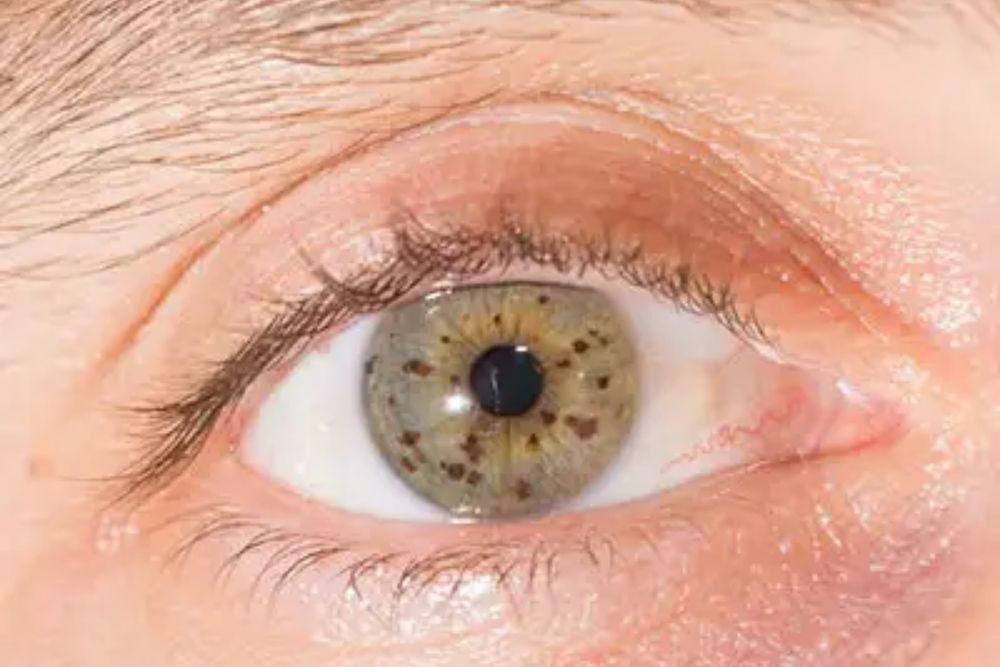 Iris freckles. Iris freckles are small dark brown flecks on the colored portion of the eye’s surface (iris). They are caused by an accumulation of melanin pigment, much like skin freckles. They are generally non-cancerous and do not progress to melanoma. 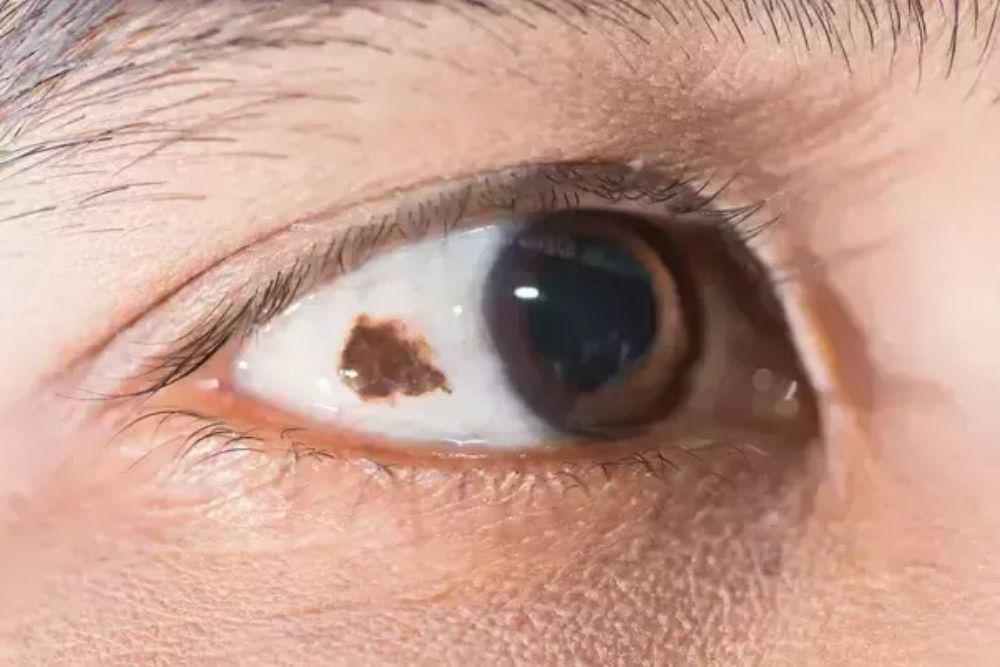 Conjunctival nevus. A freckle or mole-like patch on the transparent film (conjunctiva) surrounding the eyeball is known as a conjunctival nevus. It is a prevalent form of nevus, and it t can vary in color from yellow to brown and lighten or darken over time. The majority of the time, it isn’t cancerous. However, the ophthalmologist will monitor it over time, and as it grows bigger, they will examine it to see if it develops into melanoma, a form of cancer.

Iris freckles and nevi can both be seen with the naked eye, but an ophthalmologist may need to perform an eye test to decide which kind you have.

Choroidal Nevus That Develops Within the Eye 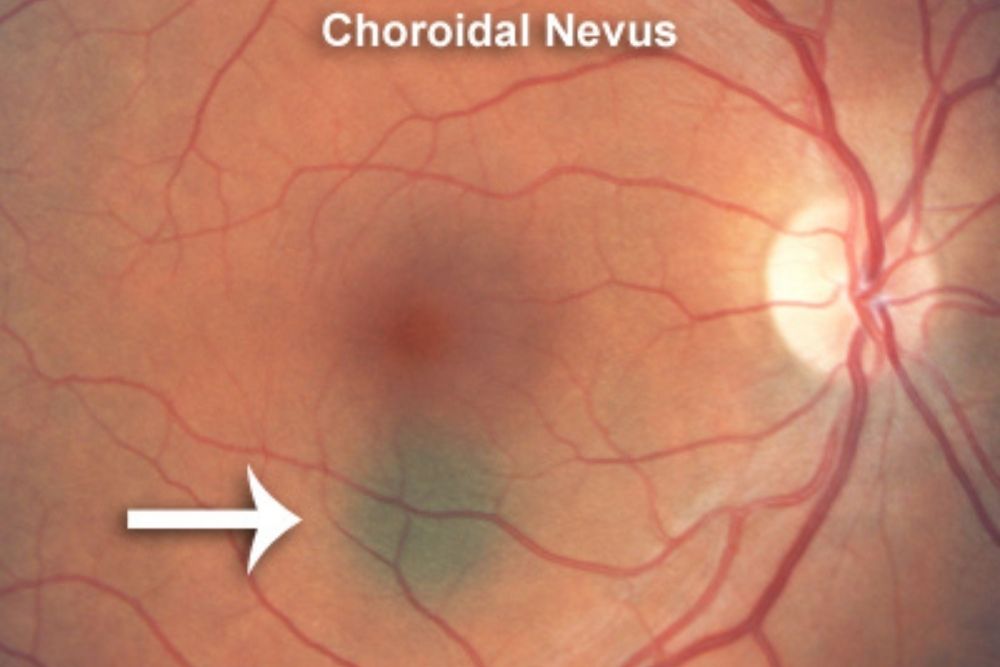 A choroidal nevus is found in the choroid, which is a layer of tissue under the retina. Only an eye test will reveal a choroidal nevus. The color of a choroidal nevus may be green, yellow, brown, or a combination of colors. If it is raised, orange-colored, or it is leaking fluid, the ophthalmologist will examine it, as these signs indicate that it may develop into a small choroidal melanoma.