As people talk with her mom, strangers can’t help but notice how cute Mehlani’s big, beautiful eyes are. Little do they know that this is not just a cute pair of eyes. They are actually caused by a rare condition called Axenfeld-Rieger syndrome. This affects the development of the eyes. 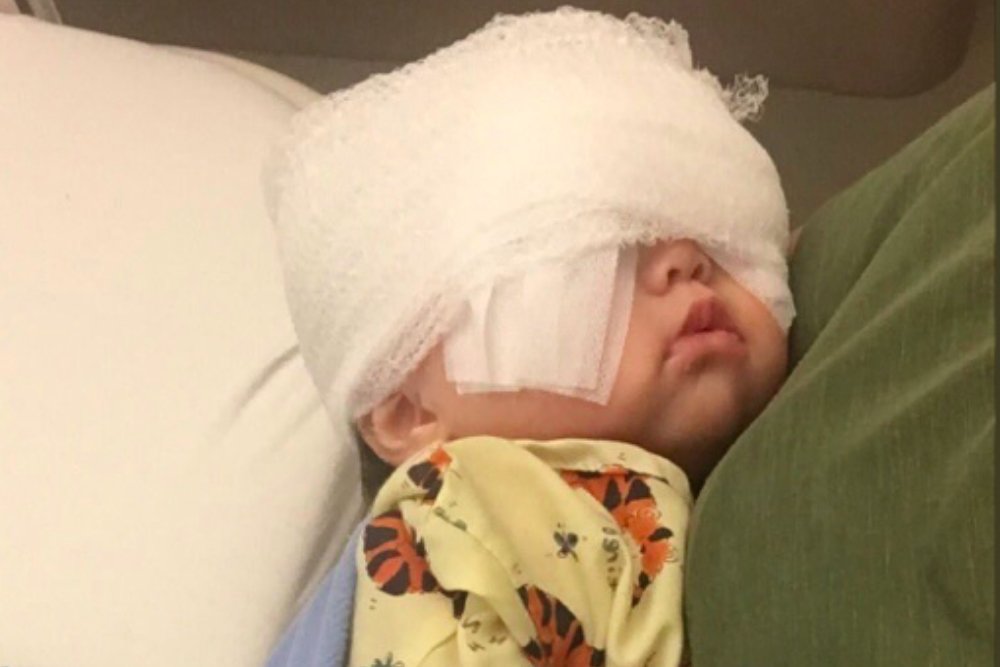 Karina Martinez informed BuzzFeed News that her daughter was diagnosed after a week of her birth. “I had never heard of it until it happened to us,” adds Martinez.

Axenfeld-Rieger syndrome affects the iris and cornea. This is what causes affected people to have their eyes look different. The colored part of the eye, iris, may appear small or misshaped. There may also be extra holes in the iris that could make it look like there is more than one pupil, or that the pupil may be off-center.

About 50% of people with the syndrome also suffer from glaucoma. This is the internal pressure of the eye that damages the optic nerve and causes blindness if left untreated. It can make a child’s eyes look bigger than other children’s which could eventually lead to impaired vision or blindness. But, these could be treated with surgery.

Mehlani has glaucoma. Fortunately, her vision is fine but she has to wear sunglasses when she goes outside because glaucoma makes the eyes sensitive to light. 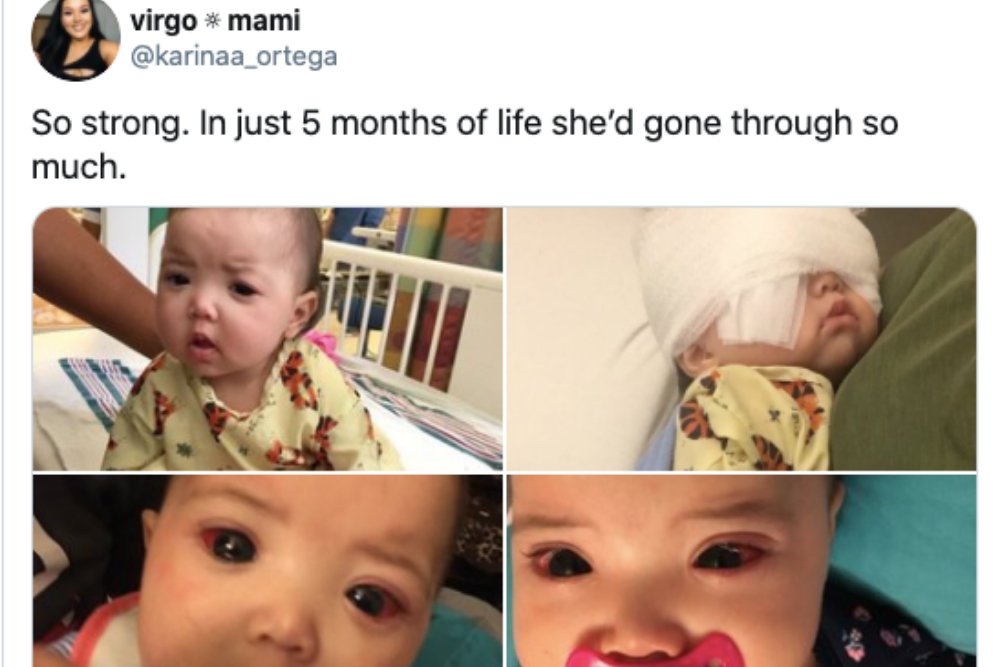 However, Mehlani’s case is not solely medical. Her mother, Karina Martinez, had to navigate the comments she gets from strangers. She shared her experience in a series of tweets that have gone viral.

“I just pray she’ll always know how beautiful she is,” she wrote.
She is also worried that other children will treat her daughter once she starts school. “Maybe kids will call her mean names,” adds Karina. “There are kids that she’s played with who’ve mentioned, ‘Oh my gosh, mom, her eyes are so big.'”

“At this point, I think she’s just too young to understand, so she doesn’t know any different. She doesn’t know anything is really wrong with her eyes,” said Karina. The good news is, Karina feels more supported as her tweets have gone viral. She has been contacted by numerous parents who also have children with the same syndrome. “People are super nice and just letting me know if I had any questions I could ask them,” she said.

Karina wants Mehlani to know she’ll always be loved, even if strangers could be so unkind. “I’ll just remind her — I already do — how beautiful she is,” said Martinez. “I’ll just tell her God made her that way for a reason. Everybody has something that makes them different.”