We are taking more images than ever before and sharing them with a wider audience via social and other digital platforms. Paying great attention to pictures of youngsters might reveal both common and uncommon eye disorders caused by the “red reflex,” or the reflection of the camera flash off the retina.

Strabismus
When only one eye reaction displays red, or when one eye’s red reflex is weaker than the other, it could be a sign of strabismus, or eye misalignment, a disorder in which both eyes do not stare at the same area at the same time. Eyeglasses, prisms, patching or obscuring the strong eye, or eye muscle surgery may be used to treat strabismus. Strabismus can often be rectified with excellent results if diagnosed and treated early.

Leukocoria
Leukocoria, or a white reflex that covers most of the pupil, can be a sign of several dangerous eye conditions, including cataracts, retinal detachments, and eye infections. It could potentially be a symptom of retinoblastoma, an extremely rare and deadly juvenile eye disease. Retinoblastoma is curable 95% of the time if discovered and treated early. 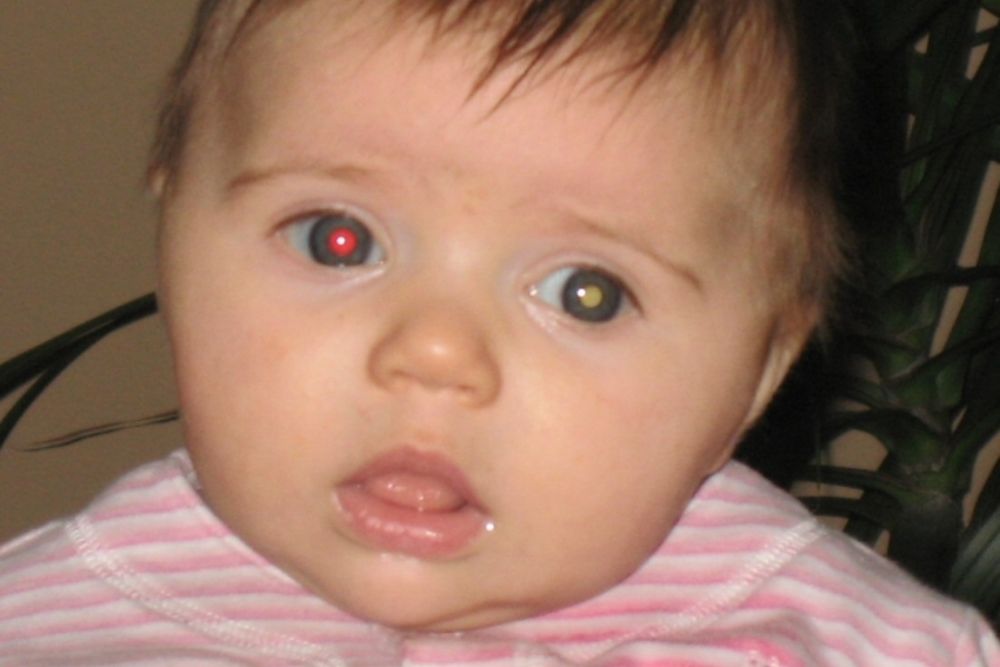 A yellow reaction is a symptom of Coats’ disease, which occurs when the blood vessels supplying blood and oxygen to the retina inside the eye become twisted and leaky, causing a blockage in the retina resulting in vision loss retinal detachment. It typically affects boys under the age of ten, and it usually only affects one eye. Laser surgery, cryotherapy, and more invasive surgery are all options for treatment in the latter stages of the disease.

Because the white and yellow reflexes are identical, Coats’ disease can be difficult to identify from retinoblastoma in photos, according to Dr. Edmond.

The Red-eye Effect” Makes a Picture Worth a Thousand Words 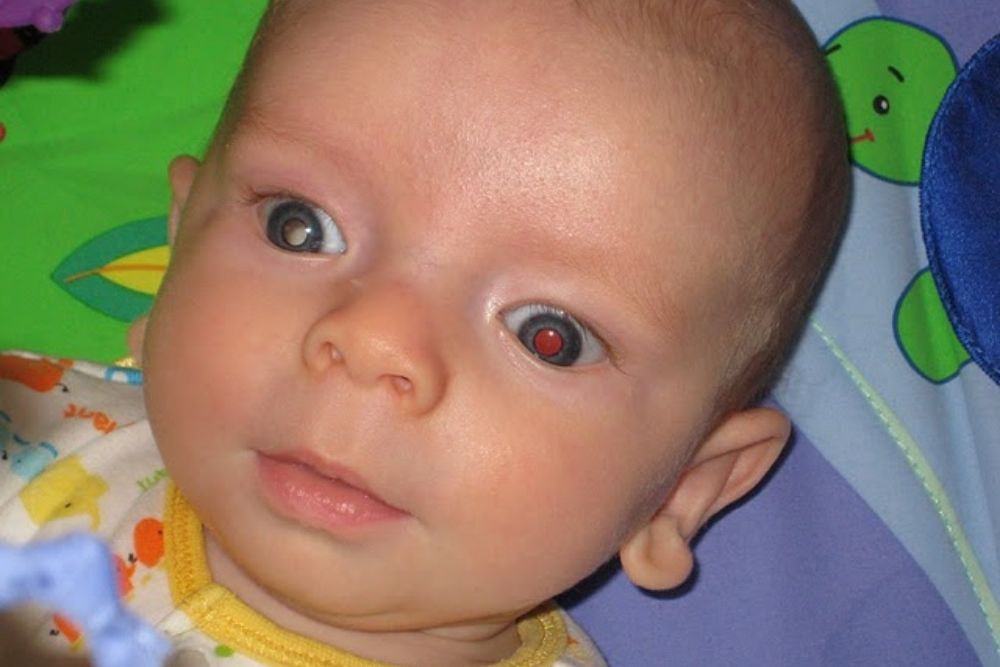 Using an ophthalmoscope, pediatricians should check for red reflex at every wellness visit. However, it is essential to note that even the most severe eye disorders rarely cause pain or vision impairment in children in their early stages. Even when something is wrong, one of the child’s eyes is usually working normally; thus complaints are uncommon.

“A small child isn’t going to tell you, ‘By the way, I can’t see when I cover one of my eyes.’ They just go on with their lives,” Dr. Repka explained.

Softwares that can automatically detect leukocoria and other abnormal red reactions in photos is being developed. Meanwhile, screening and sharing photographs, both online and in print, may lead to early detection, perhaps saving a person’s vision or life.