A 29-year-old woman first complained of eye pain after a day of cutting weeds out of her family’s grave. She felt as if there was something in her eye. She tried to ignore it at first but after a few hours, the pain started to become worse. She, then, right away hurried to a doctor’s office to have her eye checked. The doctor examined her and what he saw surprised him. 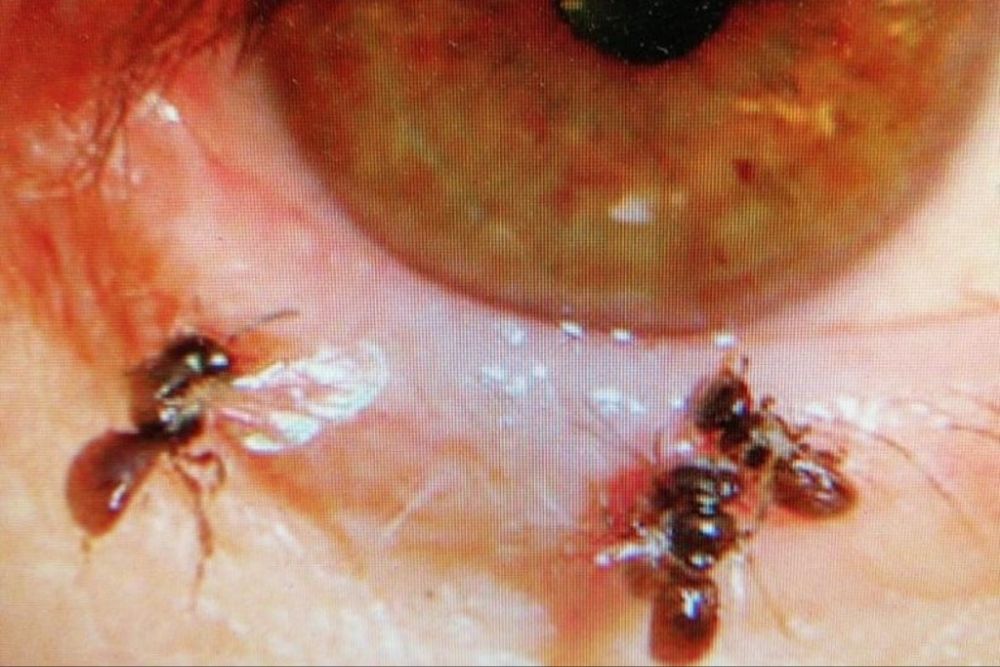 Qingming is a festival in China where people visit their family’s graves to clean and remove weeds around. What this woman thought was just “a little dust” in her eye turned out to be one of her worst nightmares. Just like a normal pain in the eye when you get dust on it, she did not give it that much thought.

She shrugged it off thinking it could be a simple allergy to dust or a temporary irritation to her contact lenses. As minutes passed and the pain was still there, she tried to do the usual techniques like blowing at it and pouring water in her eye. Unfortunately, nothing worked.

Hours passed and she can no longer handle the pain. Her eye started tearing up and the discomfort became so unbearable she had to rush to the doctor. The doctor first examined her through a powerful microscope to see her cornea clearly. He tried to adjust the image to make sure that what he is seeing is real. There was not one, but four and they had legs and were moving! 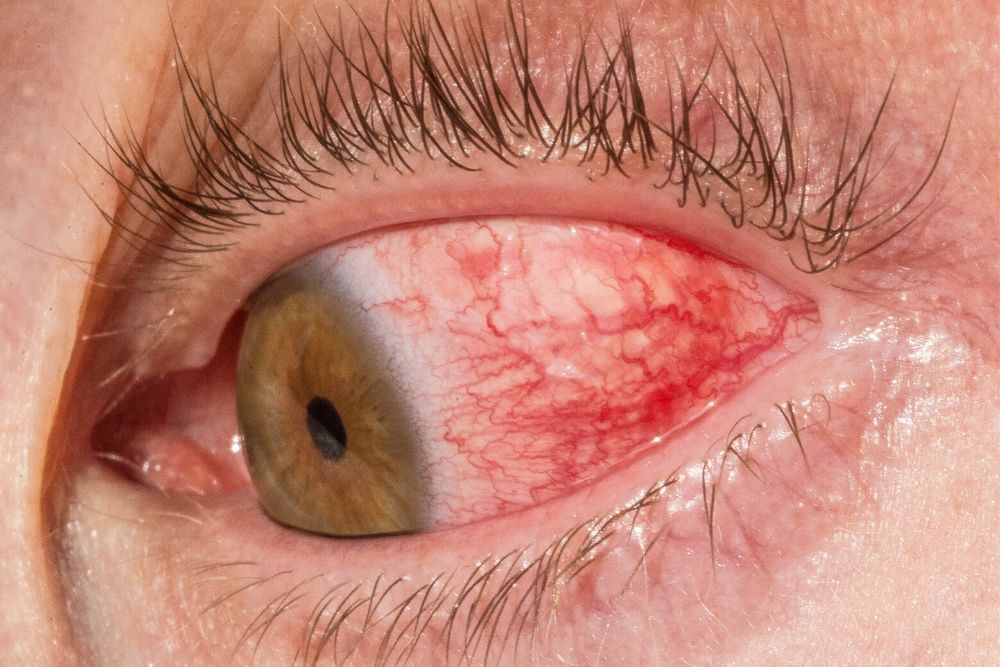 “She couldn’t completely close her eyes. I looked into the gap with a microscope and saw something black that looked like an insect leg,” Dr. Hong, the ophthalmologist that treated the woman. “I grabbed the leg and very slowly took one out, then I saw another one, and another and another.

They were still intact and all alive.” Dr. Hong explained that the bees could have been blown inside her eye by a gust of wind and found themselves stuck inside. “These bees don’t usually attack people but they like drinking sweat, hence their name,” he said.

The woman was lucky that she did not rub her eyes while the bees were inside or else, she could have gone blind by inducing the bees to release venom. This was the first recorded case of sweat bees inside a human eye. They feed on the salt of the woman’s tears.

Sweat bees, also known as Halictidae, are drawn to sweat and may land on people to drink the salt in their sweat. Aside from sweat, they can also drink tears for their high protein content. After removing the bees, the woman was discharged and is supposed to make a full recovery.