An art piece in Paris has given the impression that the Eiffel Tower is positioned precariously above a rocky valley.

A picture of a ravine and the pillars that form the base of the Eiffel Tower was laid onto the floor of an esplanade that overlooks the tower by an artist who goes by the pseudonym, JR. 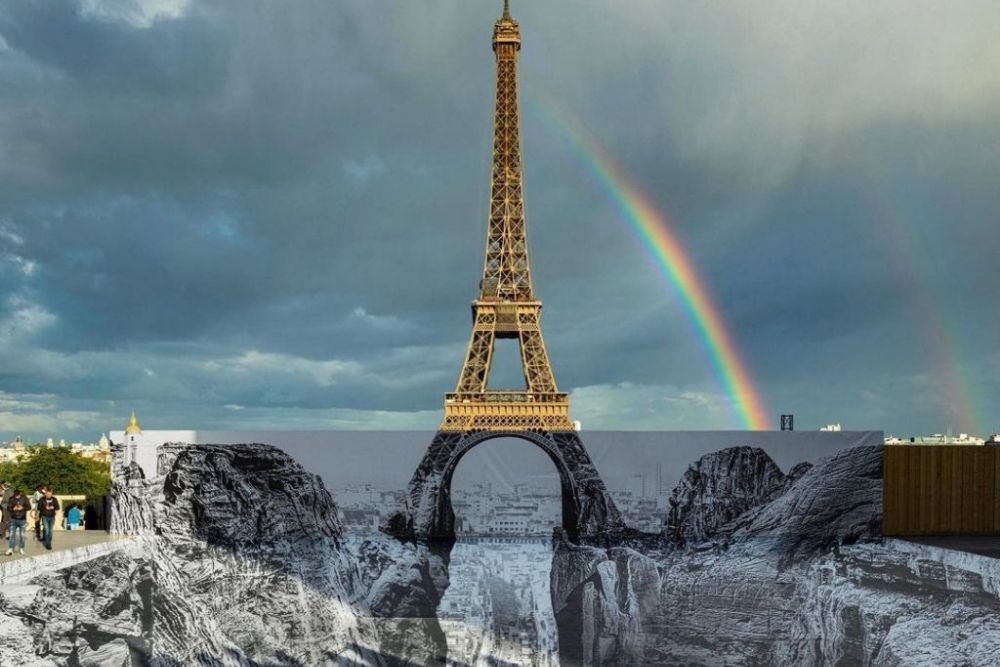 The illusion is formed when a visitor stands in the right position, he artwork in the foreground, and the tower in the backdrop line up with one other. 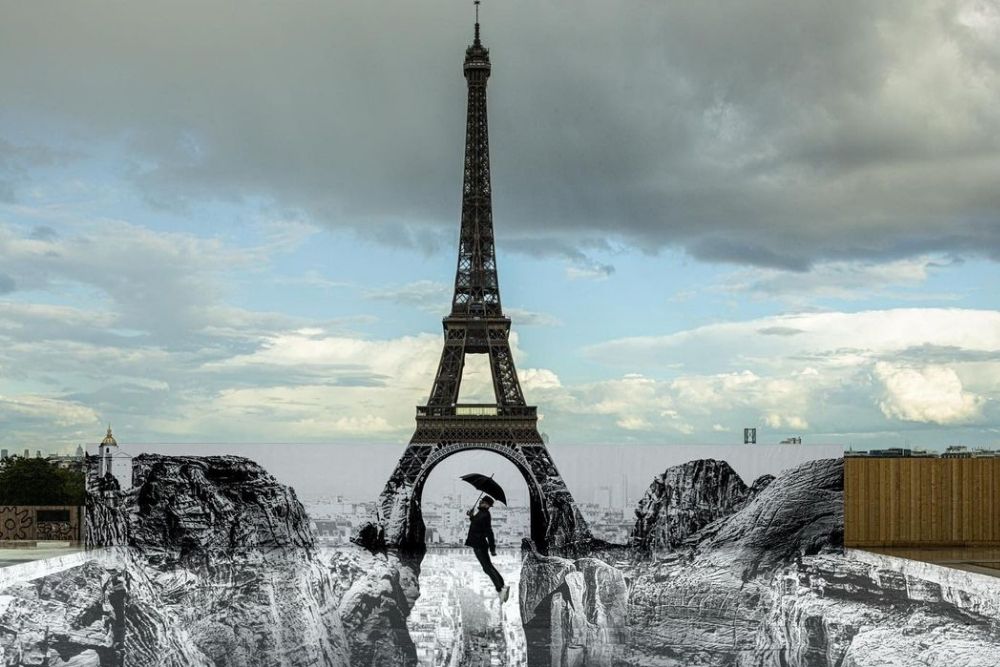 The photomontage lines up with the tower if a spectator stands in the appropriate position near the Palais de Chaillot, giving the impression that the ground has fallen away.

JR debuted the trompe l’œil just as Paris was easing constraints after months of siege, and it was a huge success. People have been forming lines to photograph each other leaping across the supposed chasm.

JR is a street artist who specializes in large-scale murals. He has already used the Louvre museum in Paris to create two optical illusions: in 2016, he made it appear as if its pyramid had vanished, and in 2019, he opened a gap across its courtyard. He made a wound on the side of the Palazzo Strozzi in Florence in March.

An installation that purports to represent a newborn peeking over the US-Mexico border wall, as well as a picture of prisoners staring up from beneath the prison yard at California’s Tehachapi maximum security prison, are among his other works.