Occasionally, a photograph may be taken so visually perplexing that it could drive many people on the internet perplexed and scratching their heads trying to figure out what it actually represents.

This is an optical illusion that causes the eyes to assume they are seeing something other than what has been captured. And a recent photo of a young girl appearing to be absorbed by a paved pathway exemplifies this.

The child, who is wearing a brilliant pink blouse and holding a toy aloft, looks to be waist-deep in the path in the photo, which was shared to Reddit by user MK24ever.

There is a grassy area next to her, as well as a hedgerow and huge trees behind her. “My daughter, where’s the rest of her?! Ohh I see, do you?” the caption said.

The photograph, which was shared on May 6, has received over 69,000 likes and over 1,200 comments, indicating that people are amused with the optical illusion. “At first glance, I believed the shadows were a dress and she was lying on the floor,” NotMyMa1nAccount said on Reddit.

“Even after you pointing it out,” Pork Chap said, “my brain still flip-flops between comprehension and perplexity.” “I thought she was just in a hole in the ground,” XXXTENTACHION explained, “and if I didn’t know any better, the shadow would still be in the same spot.” 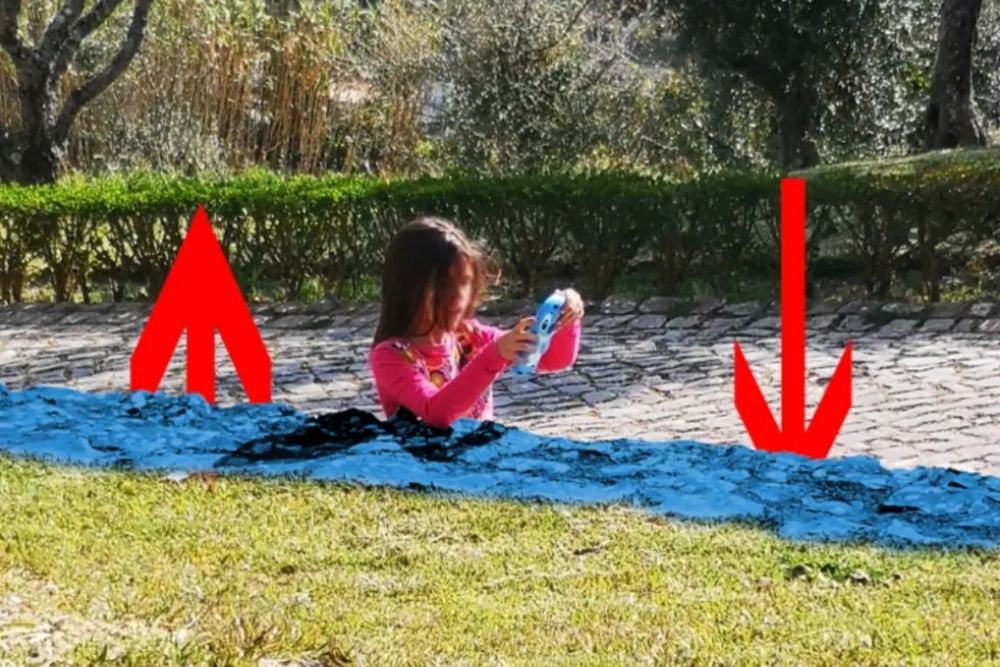 But, Can You Make Out What the Image Depicts?

MK24ever commented, “Grass pavement is at the wall end, therefore the road where my daughter is standing is roughly 1 meter lower than the grass pavement where she’s putting her arm.”

As you can see, the girl is standing behind a wall. You will notice it if you look again. The image was taken outside of Ourém Castle in Portugal by the poster’s wife, according to Newsweek.

“She never noticed the unusual illusion she recorded because she clicked the photo but never truly checked it later,” the man, identified only as Fred, added. He did not notice the oddity of the image until he was sifting through old photographs.

“My daughter is the small child in the image, and she thinks it is hilarious that she’s suddenly become famous,” he explained. “Fun fact: I’m a professional photographer, and have never had an image as well-known as this one; in fact, my wife is better at my job than I am.”