Optical illusions are fascinating, and we cannot always define their origin and what mechanisms generate them. For example, what’s strange about this image?

This one is particularly striking among the many existing optical illusions due to its strong visual impact.

Look at the image carefully: is it moving? Try looking from right to left quickly. What do you notice?

If it seems to you to be moving, now fix your gaze on a specific point, and you will see that the image will appear to move much less. 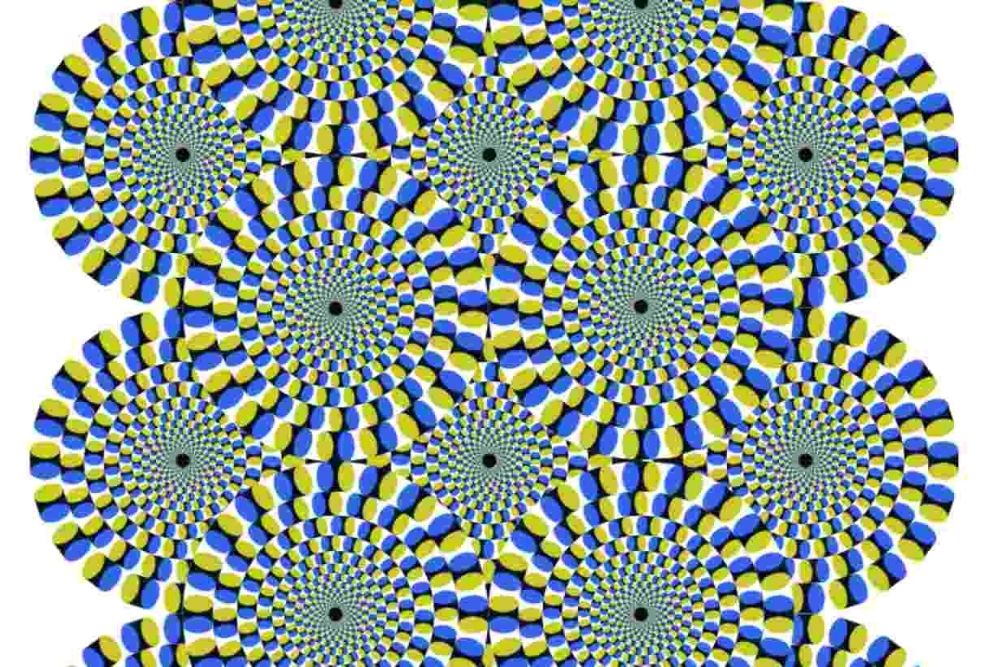 How an Optical Illusion Works

This type of optical illusion is based on an illusory movement created by the pupil and the eyelids, which, by blinking quickly, help to “deceive” our brain.

This phenomenon of apparent movement has something to do with the “peripheral drift“. Unlike the part of the image where you focus your gaze, everything around seems to move.

There is a lot of science behind optical illusions because it is often not clear why an image involving particular optical functions associated with the brain gives perceptual results different from objective reality.

Therefore, an optical illusion is a false perceptual return of a visual stimulus caused by the anomalous result of the synergy between the visual apparatus and the brain.

This anomaly has nothing pathological; of course, it is just the stimuli that manages to “trick” our brain by creating particular visual effects that have yet to be well explained.

What Types of Optical Illusion Exist?

There are three main types of visual illusions that can undermine the perceptual system:

PHYSIOLOGICAL OPTICAL ILLUSIONS: they are the result of specific overstimulation (brightness, color, size, position, inclination, movement) of the visual apparatus

COGNITIVE OPTICAL ILLUSIONS: arise as a result of inferences of a cognitive type, even unconsciously conditioned.

In this case, it could be a physiological optical illusion; overstimulation of the visual apparatus gives that by forms that generate an apparent movement.

Amazed? Everyone knows that humans can perceive a wide range of sounds and colors, but there is still a lot we do not understand, such as ultrasounds or particular beams of light.