Most cataract surgery patients may experience four typical symptoms on the first day following their surgery. These could be:

Negative Dysphotopsia is another name for the last symptom which is a shadow-like distortion to the side of the vision. Most patients describe this as a dark shadow or arc to the side of their vision. It has a semi-circle or crescent shape to it and when they try to put their hands out to the side, the shadow vanishes.

Negative dysphotopsia usually resolves in 1-2 months as the eye recovers and the brain adjusts to seeing through the new lens implant. The majority of these patients say that the shadow is so minor that it does not disturb them or impair their quality of life. However, some patients, on the other hand, may experience a persistent crescent or shadow that does not completely resolve and may last forever.

Negative dysphotopsia that occurs and does not go away affects less than half of one percent of patients – perhaps closer to one in 5000.

What Causes Negative Dysphotopsia in the First Place? 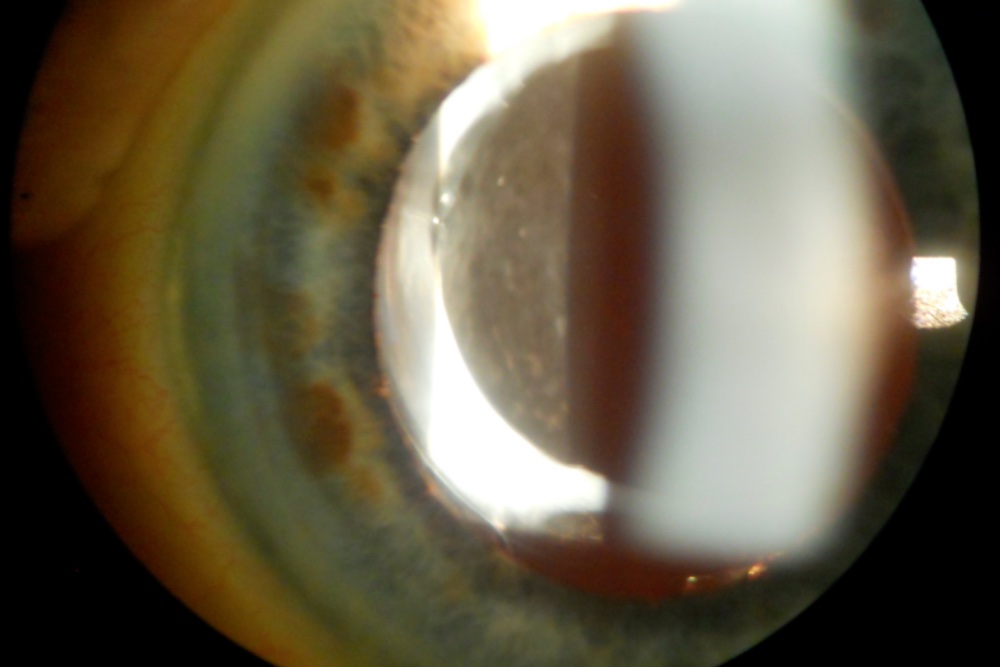 To begin with, ND usually happens when a surgical operation is done normally and the surgical outcome is normal with no complications. Some patients might wonder if something went wrong. Your operation was routine, and you are experiencing a common, inevitable side effect that should subside over time. This is usually within one or two months.

Two factors that may be showing in the ND are:

The best cure is to avoid it in the first place. The Bausch and Lomb LI61AO lens, in most cases, is the lens that causes this side effect the least frequently. This is the standard monofocal lens that is used in basic cataract surgery. It’s a three-piece lens that doesn’t trigger much negative dysphotopsia due to its nature.

In 5000 patients fitted with Bausch and Lomb LI61AO lenses to date, and only a 1-2 of patients have reported chronic negative dysphotopsia. Since their symptoms were mild and tolerable, none of these patients needed further care for their ND.

Now, the “Single piece acrylic (SPA) lens” is the most widely used lens by most ophthalmologists. This is used in the vast majority of simple astigmatism-correcting or toric lenses, as well as premium presbyopia-correcting lenses. In most cases, this lens design is linked to a higher rate of negative dysphotopsia than the LI61AO because of its single piece acrylic lens design. 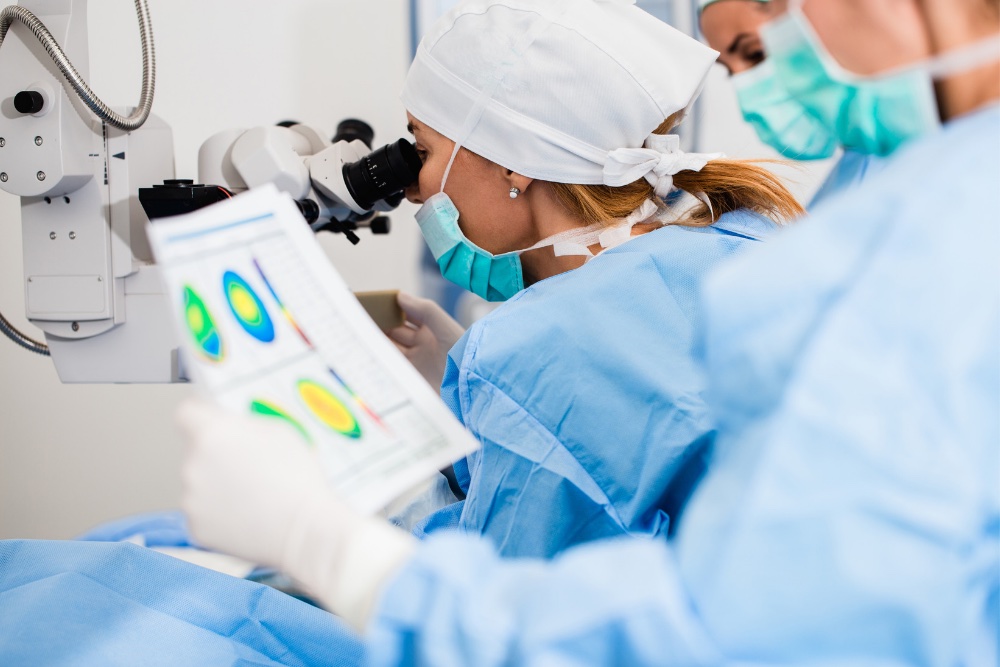 Let us consider the worst-case scenario: The patient has negative dysphotopsia which bothers her greatly, is constant and does not improve after 3 months or more.

There are three treatment options for this:

By performing reverse optic capture in a patient with a panoptix toric lens, it is possible to treat ND as well as improve vision.